The Good, The Bad, and The Yogi

The first time I tried yoga, I hated it. Not because of the negative connotation it has for being linked to Eastern Mysticism, but because it hurt. I thought, "Why would ANYBODY do this?"

I continued to do it because, at the time, I was really into fitness and teaching aerobics, and I wanted to be able to teach it all. Wanting to do everything is both a strength and a weakness of mine.

Anyway, I've been teaching yoga for ten years now and have seen have some wonderful results. Where the apostle Paul says, "Everything is permissible for me, but not everything is beneficial," yoga has been both permissible and beneficial in my life.

If you don't know much about yoga and are scared of trying it because of either its pagan origin or the pain it might initially cause physically, I want to take this time to explain my experience. Here are ten thoughts for you to ponder:

1. There are different types of yoga. I really don't know much about the traditional styles. I teach "new yoga," which uses more upbeat music and incorporates other types of exercises like Pilates. There's also paddle board yoga, goat yoga, and aerial yoga. Then there's Holy Yoga, which is done to worship music, incorporates scriptures, and can be found taught in churches like mine.

2. The danger I see in yoga is in "emptying your mind." As Christians, we are supposed to take every thought captive, so our mind should never be empty. (For the same reason, we shouldn't get drunk.) But I do believe we should meditate more than we do, and that's one of the things I encourage in my class. The relaxation time is a chance to connect with God and ponder what He's been saying to us. One of my favorite songs to play during relaxation is Love Can Down. Sometimes I cry to during this segment. Sometimes my whole class will sing along.

4. I end my class by saying, "In Jesus's name" instead of "namaste." I don't have an issue with saying namaste, but I just want it to be clear that I'm there to worship God with my body and soul, and I want everything I do to be in Jesus's name.

5. Sometimes people will come to my class and want the mysticism. One man breathes really heavily as he's been taught in other classes and has gotten mad at one of our instructors for praying for him without his permission. I simply treat his beliefs with respect, welcome him to class, and explain why I do things the way I do. And he keeps coming.

6. Yoga and Pilates has been an answer to prayer for some. Students who have spent years at chiropractors and physical therapists for pain have had doctors tell them to try yoga, and after they do, they find relief. In fact, author Peter Leavell brought his family to class for a summer, and afterwards his son only needed half as much surgery on his spine for scoliosis.

7. It's relaxing. Another student came to class because after a fire in her house, she had so much stress that a doctor told her she either needed to go to yoga or he was going to prescribe her anti-depressants. She came to yoga where I was able to encourage her, through the relaxation segment, to give her burdens to God. I wouldn't have had that opportunity otherwise.

8. I've made other connections with wonderful people too. I met a board member from Safe Place Ministries in my class. She gave me the book The Emotionally Destructive Relationship and invited me to their relationship class, which changed my life. Other students have read my books because they've liked what I've had to say in class. One even had a quote from a book tattooed on her arm because it meant so much to her.

9. Though I've slowed down with age (I'm going to be 40 this year!) and gained some weight, I've been able to remain strong and limber without injuring myself in sports or crazy conditioning classes. Not that you shouldn't do CrossFit, but that brings me to my last point.

10. Yoga isn't the answer; Jesus is the answer. Just because yoga is permissible and beneficial for me, that doesn't mean God wants you to do it too. It's like where Paul says that it's okay to eat meat sacrificed to idols as long as it doesn't make our brother stumble. I can't judge that for you. Maybe you've been into Eastern Mysticism and need a clean break. Maybe God wants you to take a water aerobics class because he knows that's what's best for your body. Or maybe the only classes near you include chants and gongs and aren't holy at all. I once felt that God wanted me to quit teaching a dance aerobics class that I loved. I didn't want to, but I did it anyway. That's what Christianity is all about. Not rules, but relationship. Not judging others, but judging for ourselves.

We are to love the Lord our God with all our heart, soul, mind, and strength. This is something I still need to work on and will probably always need to work on. I just want to encourage you to work on it too. 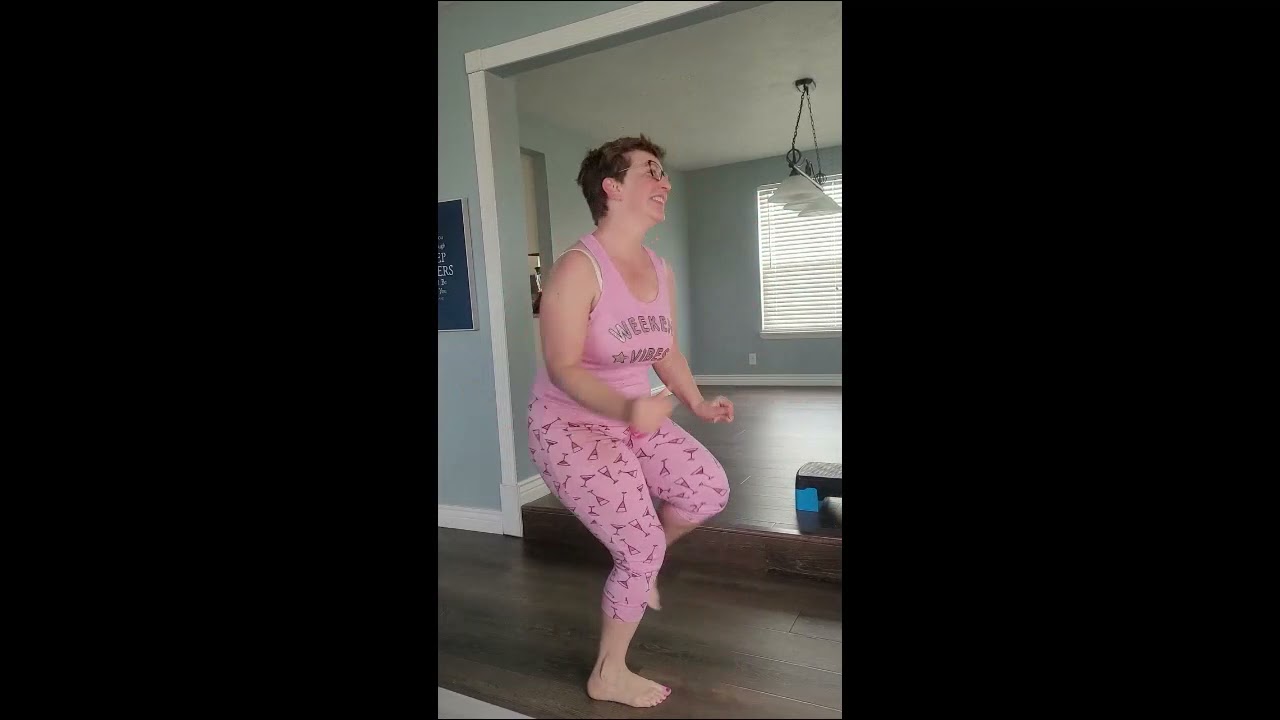